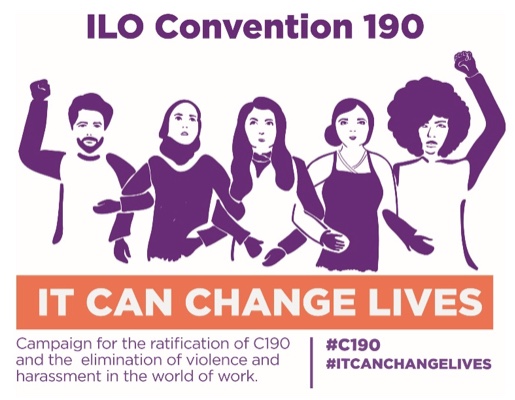 Last January 12 2021, the Italian Parliament approved the ratification law of the International Labor Organization Convention on Violence and Harassment in the World of Work.

The ILO Convention is a groundbreaking treaty because it acknowledges that violence and harassment in the workplace constitute human rights violations, threaten equal opportunities, and are incompatible with decent work. The new international Convention defines “violence and harassment” as behaviors, practices and/or threats aimed at, or are likely to result, in psychological, physical, economic or sexual harm. The aims of the Convention are to prevent the phenomenon, protect those affected, sanction and punish those responsible.

The Convention, as stated in Article 2 - paragraph 1, protects all workers "regardless of contractual status, people in training, including trainees and apprentices, workers whose employment has been terminated, volunteers, jobseekers and job applicants ". It is therefore a law that not only applies to a wide audience of recipients, but can also be invoked in reference to harassment that did not only occur in the workplace, office or factory for example, but in all those places and circumstances that are part of an individual's working sphere.
The ratification by Italy of the ILO Convention is particularly important if we look at the national data on sexual harassment and sexual blackmail in the workplace (2016 Italian Institute of Statistics (ISTAT) Survey). According to these data, one million and 404 thousand women have suffered during their working life physical harassment or sexual blackmail in the workplace. They represent 8.9% per cent of current or past workers, including women seeking employment. In the three years prior to the survey, that is between 2013 and 2016, over 425,000 women (2.7%) experienced these forms of violence.

In the 2016 ISTAT Survey, it emerged that 173,000 (7.5%) women have been subjected to sexual blackmail during their working life. According to data, 32.4% of these blackmails are repeated daily, 17.4% approximately once a week, 29.4% sometimes a month and 19.2% more rarely. The most alarming figure that emerges from this survey is that in 80.9% of cases survivors of harassment do not speak to anyone and only 0.7% report the violence to the police.
The 2016 ISTAT Survey also shows that blackmail suffered in the workplace has serious consequences, in fact 33.8% of women voluntarily changed jobs or gave up their careers, while 10.9% were fired, put in layoffs or was not hired.

With the ratification of the ILO Convention, Italy is required to develop national laws prohibiting workplace violence and to take preventive measures, such as information campaigns and requiring companies to have workplace policies on violence. The treaty also mandates States party to monitor the issue and provide access to remedies through complaint mechanisms, witness protection measures, and victim services, and to provide measures to protect victims and whistleblowers from retaliation.