Roundtable - Economic empowerment of women victims of GBV in Bulgaria

According to a 2017 European Transport Workers’ Federation survey one quarter (25%) of women transport workers believe that violence against women is a regular occurrence in the transport sector, even more (26%) believe that harassment is considered to be ‘part of the job’ in transport.

These and more disturbing data and facts were the focus of the roundtable on "Economic empowerment of women victims of gender-based violence" which took place in Sofia, Bulgaria on November 29th. The organizers of the event were Center for Sustainable Communities Development and Federation of Transport Trade Unions in Bulgaria. The event was organized as part of the WEGO2! Project and was linked to November 25th - International Day for the Elimination of Violence against Women.

Panelists were Ekaterina Yordanova and Mila Nikolova from the Federation of Transport Trade Unions in Bulgaria and Stanimira Hadjimitova and Nansi Borisova from Center for Sustainable Communities Development.

The emphasis in the statement of the President of FTTUB – Ekaterina Yordanova was lobbying for ratification of ILO Convention 190, which deals with workplace violence. Ms. Yordanova's experience in the field has helped her draw a parallel between Bulgaria and other European countries and conclude that:

"Violence is a luxury that is too expensive!"

Her colleague Mila Nikolova presented data on how much violence costs us in BGN and EUR and why it is important to make our workplace a security zone. She also presented successful projects that the Trade Unions have already worked on.

Nansi Borisova from CSCD presented the WEGO2! Project, its aim and activities with special emphasis on building partnerships between employers, NGOs, trade unions and anti-violence centers as an effective method for the economic empowerment of women victims of violence.

As a longtime director of the CSCD organization Stanimira Hadjimitova explained the importance of the role of business and employers in dealing with the problem. She gave real-life examples of everyday life and effectively engaged the audience in the discussion.  It turns out that not only the trade unions, but also human resources experts and members of other NGOs are in attendance. All of them shared their experience on methods of dealing with workplace violence. Mrs. Hadjimitova also introduced the joint work with the business, which the project envisages, and the president of FTTUB promised to cooperate, linking the organization with two large employers in Ruse.

Both panelists and the audience agreed that solutions at a higher level are needed, but it is up to each of us to put this problem on the agenda on a daily basis because "TODAY is the right time to do it"! 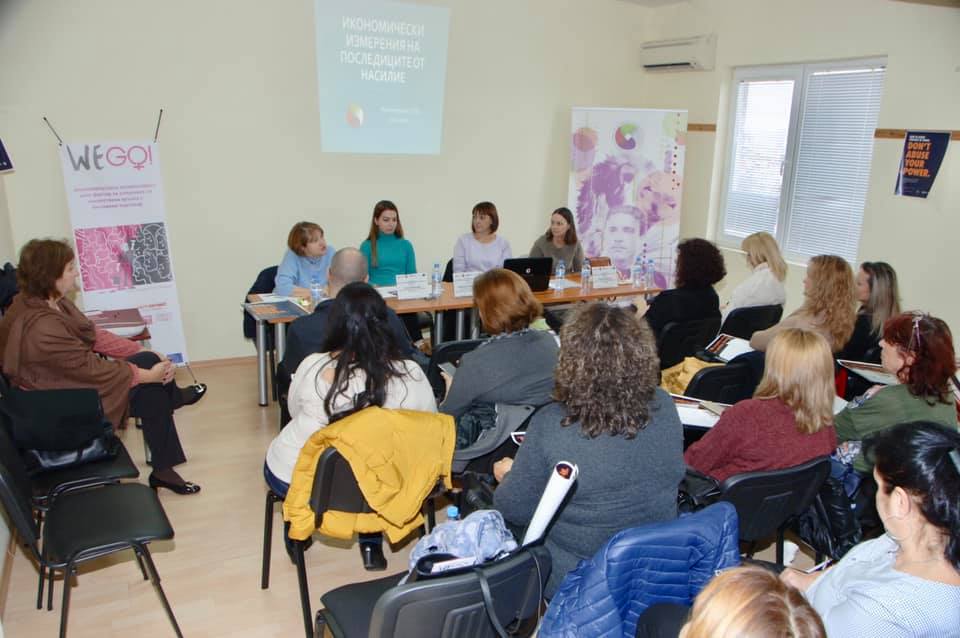 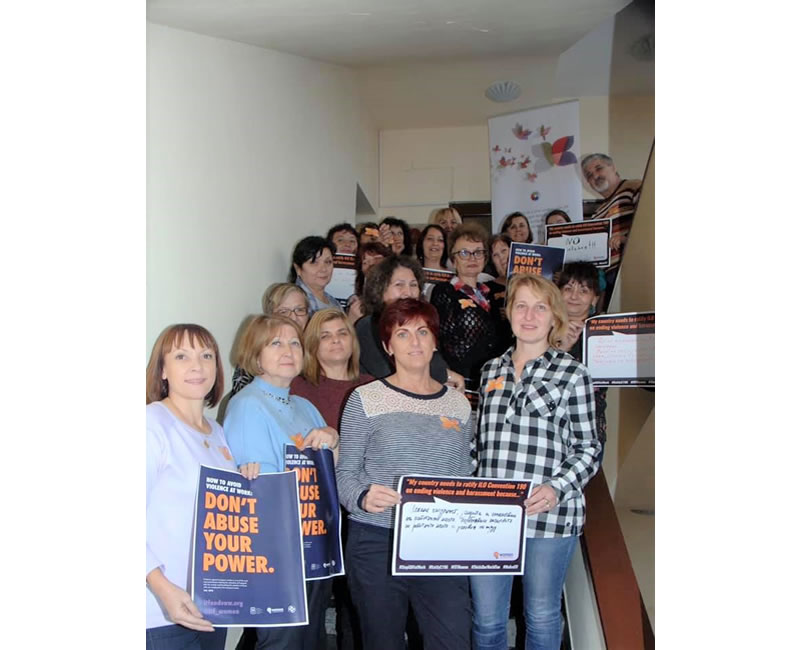