BUILDING ECONOMIC INDEPENDENCE - the way out of Intimate Partner Violence

Violence against women is widespread in Europe and the scaling up of intimate partner violence (IPV) is alarming. According to the European Agency for Fundamental Rights, almost one in four women (22%) experience physical and/or sexual violence in a relationship with a man. Its causes are often interrelated with poverty, economic dependency and gender discrimination.

The lack of economic independence is one of the main challenges women face when they try to leave their abusive partner. Anti-violence centers across Europe recognize that women often remain in violent relationships because of their financial dependence on the violent partner. This issue is coupled with the fact that women are considerably under-represented in the labour market and in management roles, with the overall female employment rate still being lower than that of men. 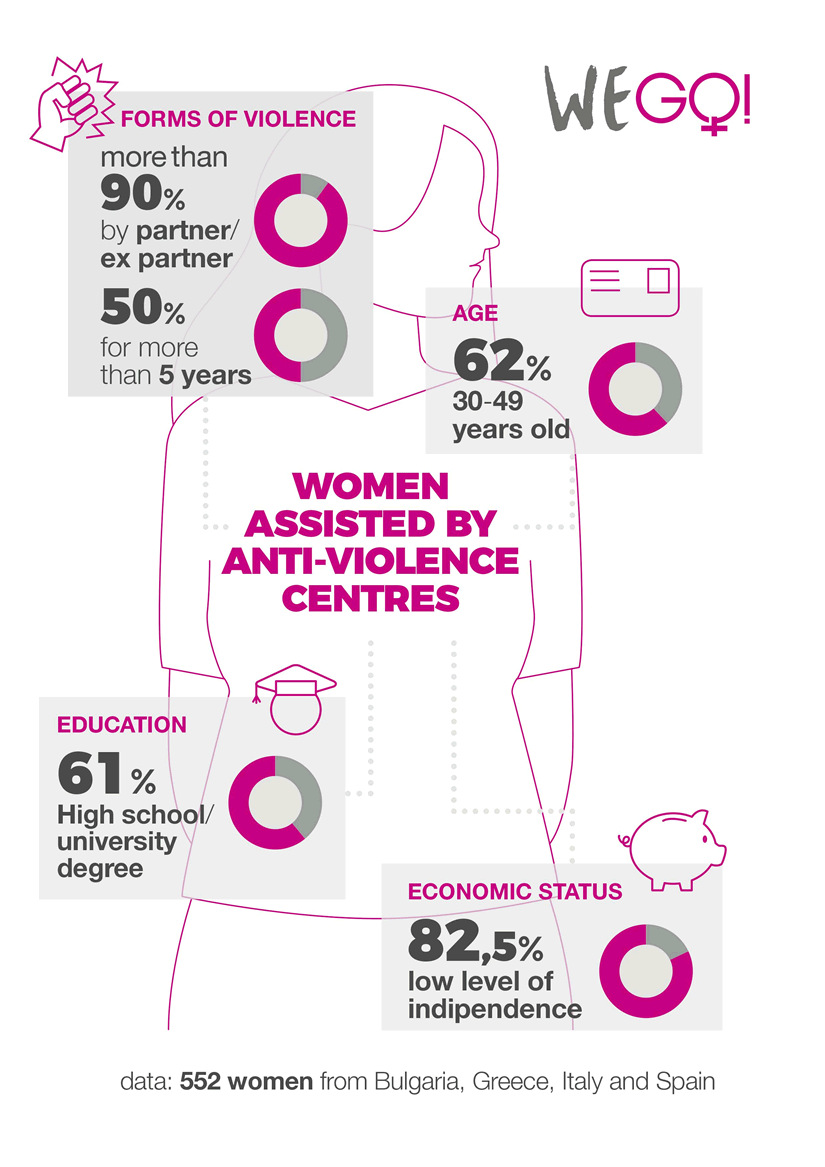 According to the survey carried out by the anti-violence centres (AVC) involved in the first edition of the project, 82,5% of women who seeked for support had a low level of economic independence, 59,1% were unemployed, 73,7% had dependent children, only 13,3% owned a house and 14,8% co-owned their house with their husband/partner.

In this background, between 2015 and 2017, the European Union funded the WE GO! (Women Economic independence and Growth Opportunity) project with the goal to strengthen the support services for women suffering from Intimate Partner Violence (IPV) and to foster their social and economic empowerment through the enhancement of the know-how and working methodologies of both anti-violence centers operators and other relevant actors. The second edition of WE GO! has started in December 2018 and it aims to support the economic empowerment of women who survived IPV by strengthening the local and national support systems, exchanging European good practices and establishing cooperation networks between private and public stakeholders.

The project
Violence against women